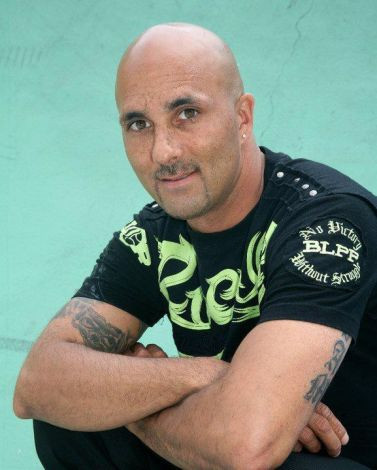 
An estimated 1 in 3 girls and 1 in 5 boys will be sexually abused before the age of 16. This statistic became a reality for Andy Bhatti at age 10 after he joined a youth mentorship program. Andy was paired with a mentor who sexually abused him for over four years. The abuse led to him acting out - getting into fights, running away, lying, stealing, doing drugs, and joining a life of crime and gangs.

Today, Andy Bhatti is the founder of Survivors Supporting Survivors, a not-for-profit organization dedicated to raising awareness and resources for survivors of childhood victimization. The funds raised through charity events and public campaigns help victims of abuse attend therapy and programs designed for men and women who have been victims of child abuse and/or sexual violence.

Donors like Cameron Schiffner have helped survivors receive the support they need to overcome abuse and begin healing from their trauma.

"With Cam's donation, we were able to push three people through the program. It's incredibly important to keep donations going." - Andy Bhatti, Founder of Survivors Supporting Survivors

The damage of childhood victimization

Childhood abuse may last weeks, months, and years, but the emotional and mental damage can span a lifetime. Abuse victims often suffer pain, guilt, and shame that keep them from moving forward and living healthy, happy lives. Many turn to drugs and alcohol to cope with their trauma and numb the pain.

In the years following his abuse, Andy became a full-blown heroin and cocaine addict. He spent an equal amount of time in jail cells and on the streets until he was 27 years old. When he learned he was about to become a father, Andy began a full-life transformation and immersed himself in recovery and therapy. He is now a drug and alcohol interventionist and a strong voice for survivors of sexual abuse.

The organization was founded in 2014 to raise funds for victims of abuse and agencies across Canada that provide services for victims. Survivors Supporting Survivors believes that anybody can overcome childhood trauma and abuse with the right support and professional help. Their goal is to support survivors of any form of mental, physical, or sexual abuse.

If you or someone you know is in crisis, there are ways to get help. Survivors Supporting Survivors endorses the following resources for child abuse victims:

BC Society For Male Survivors of Sexual Abuse

Is It a Good Idea to Take Out a Personal Loan...

Tomb of Marquis of Haihun in Jiangxi Sheds Light on China’s...