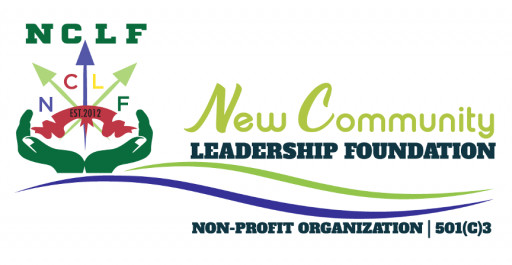 A Fillmore-based community empowerment organization has partnered with a private investigator to help the City of San Francisco make contact with 10,000 people displaced from their homes. These displacements were the result of the federally-funded urban renewal program administered by the former San Francisco Redevelopment Agency in the predominantly African American neighborhoods in the Western Addition and Hunters Point areas in the 1960s and 1970s.

In 1967, the Certificate of Preference Program ("the Certificate Program") was created to give a housing preference to low- and moderate-income persons who were displaced by urban renewal programs in San Francisco, and this housing preference was made law in the State of California in 1969.  In the decades that followed, however, the rebuilding of affordable housing in San Francisco was not adequate to provide new homes for many of the displaced persons. To address these inadequacies, the Certificate Program was subsequently extended and expanded to include City-funded affordable housing programs. The building of affordable housing continues today, and, in September 2021, Governor Newsom expanded the preference to include the descendants of the displaced persons, with Assembly Bill No. 1584.

The Office of Community Investment and Infrastructure ("OCII"), the successor to the Redevelopment Agency, and its Commission, have launched a renewed effort to locate and contact these displaced people, so that they and their descendants may receive a preference in lotteries when applying for affordable rental and homeownership housing units in San Francisco.

New Community Leadership Foundation ("NCLF") is a non-profit organization that works to transform and empower Black and other disenfranchised communities in San Francisco. Lynx Insights & Investigations, Inc. ("Lynx") is a private investigations firm with offices in San Francisco and Los Angeles. NCLF and Lynx were awarded the contract to locate and contact these displaced people by the OCII in competitive bidding. NCLF and Lynx have developed a community-driven, culturally competent, restorative and technologically innovative approach to finding these 10,000 displaced people.

NCLF and Lynx will train and equip a team of individuals with ties to the impacted communities in San Francisco to conduct investigations and outreach, using contact information obtained from database searches. Over an approximately four-month period, this collaborative investigative team will make contact with the surviving displaced people, confirm their current contact information and notify displaced persons that their descendants could qualify for a preference.

This participatory investigation model allows community members and community-based organizations with deep roots, relationships, and historical knowledge in the Western Addition and Hunters Point neighborhoods to play a critical role in locating people who were displaced from these communities. It will also allow community members to develop new skills in investigative techniques and data management.

About New Community Leadership Foundation: NCLF was established in the historic Fillmore neighborhood of San Francisco in 2015, and has made significant contributions to empower and uplift residents of Black and other disenfranchised neighborhoods across San Francisco, California. Through programs encompassing cultural upliftment, historic preservation, economic development, civic engagement, artistic empowerment, equity advancement, and much more, NCLF works to empower San Francisco's Black community while uniting with all of our city's stakeholders and decision makers to work collaboratively toward bold initiatives for economic and racial justice. One relevant initiative occurred in November 2018, when NCLF organized the first public event in San Francisco history to recognize the tragic loss of over 900 people who were members of the People's Temple and died in Jonestown, Guyana, on Nov. 18, 1978 - many of them former residents of historic Fillmore.

About Lynx Insights & Investigations, Inc.: Lynx is an innovative private investigations firm that was founded in San Francisco in 2010. Lynx's investigative practice combines sophisticated public records research capabilities, cutting-edge online research and cyber techniques, and a unique track record of obtaining key facts from witness interviews and field investigations. Lynx conducts its investigations in an ethical and defensible manner so that organizations and communities can take informed and reparative steps forward. The Lynx principals combined have over 40 years of experience with providing complex fact-finding and investigative services to companies, government agencies, non-profit organizations and schools, and decades of experience with training in investigative techniques and processes, including seminars for law firms, corporations and non-profits.

For more information, go to: www.findmysfcp.org

Original Source: NCLF and Lynx Awarded Contract to Locate People Displaced by the San Francisco Redevelopment Agency in the 1960s and 1970s