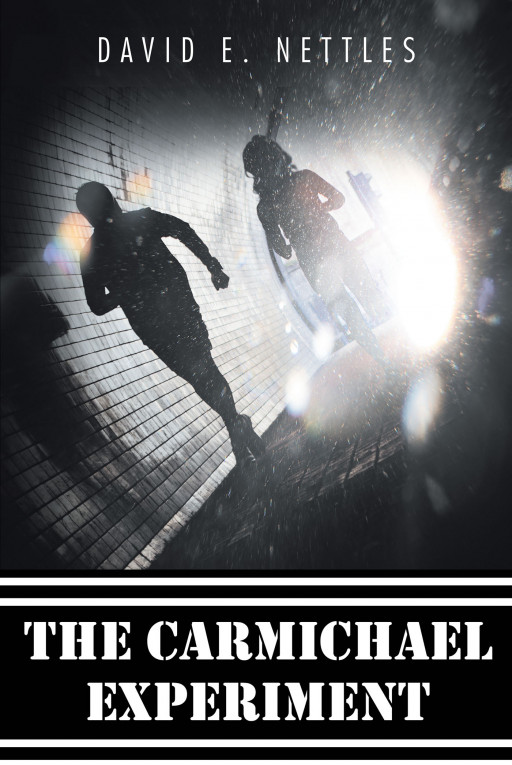 Fulton Books author David E. Nettles, a veteran U.S. Air Force weapons specialist and an internationally published poet and award-winning academic author of more than 300 adult courses and workshops, has completed his most recent book "The Carmichael Experiment": an engaging mystery that explores the fallout from a secretive experiment done on Lieutenant Carmichael and the various incidents and the side effects he experiences.

"Was he a threat to himself or the other marine pilots?" writes Nettles. "Lieutenant Devon Carmichael was not sure how to answer the straightforward question. The experiment he had been involved in was months ago, with no apparent side effects. 'Honestly, I don't think so.'

"The commanding officer stepped forward. 'No? Well, while you were sick, you ran a 108-degree fever. The doctor didn't force me to take you to the hospital because no one knew what the hell was wrong with you. Then I was told flat out to keep my nose out of your past.' The captain sighed and moved toward the door. 'Your fever was sure strange. By all counts, you should be dead, or brain damaged.'

"With the knob in his hand, he turned to look at his young officer once more. 'So no, huh? Okay, if you say so.' He pulled the door open, turned, and leaned against it. 'Oh, Dev, a couple other things I may not have mentioned before. You were seen on South Point Hill overlooking the beach and the defensive fighting positions yesterday by the military police, and in the hangar walking around your plane the day before that. And in both instances, you simply vanished! Now seeing as how I know you never left that bed for a single minute since we put you there three days ago, this poor old country boy has to stop and ask himself, "Do you possibly have a twin?"' The senior officer raised an eyebrow at Devon's expression of shocked surprise.

"'Son, you just might want to ask yourself about that top secret stuff one more time. Because personally, I disagree with your answer.' He stepped into the hall to let Devon rethink what it had meant to be part of the Carmichael Experiment."

Published by Fulton Books, David E. Nettles' book will captivate readers as they follow along on Devon's quest to unravel the mystery surrounding his experiment and to find out exactly what was done to him.

Readers who wish to experience this mesmerizing work can purchase "The Carmichael Experiment" at bookstores everywhere, or online at the Apple iTunes Store, Amazon, Google Play, or Barnes & Noble.

Facebook
Twitter
Pinterest
WhatsApp
Previous article
C.L. Black Jr.’s New Book ‘My Next 24’ revolves around the premise of gaining more perspective on the 24-hour period in which people live their current lives
Next article
Michael Bradley’s New Book ‘Universal Extinction’ follows the interstellar travels of a retired Navy airman who must utilize a great power to save all of humanity
Art and Entertainment