Carol Kauffman’s New Book ‘Crystal Child: The Diamond Star Saga’ is a Gripping Fantasy Following a Young Girl Who Must Accept Her New Destiny to Save Humanity 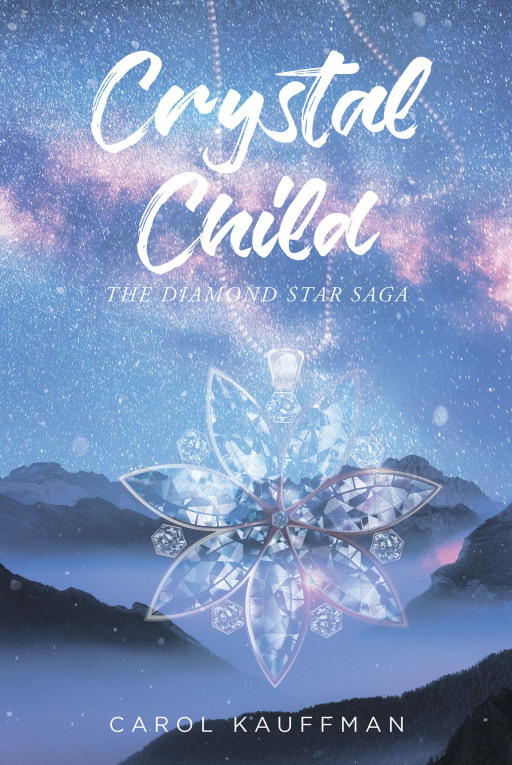 Fulton Books author Carol Kauffman, M.A., language specialist, who provided services to children with challenges such as ADHD, autism, anxiety, and PTSD for over 40 years, has completed her most recent book "Crystal Child: The Diamond Star Saga": a brilliant and captivating narrative following the adventures of Kristal, who suddenly finds her life changed forever when her brother disappears and she is transported far from home.

Kristal has attention deficit disorder. It's true she'd rather draw, daydream, and create fantasy worlds in the forest behind her house. Tad, her twin brother, has autism and is obsessed with repeating meaningless numbers over and over. The school bully calls him an alien. Kristal and Tad are different from their peers, but their challenges have only brought them closer,

Until Jan. 22, 2027, that is, when a terrifying force suddenly rips them apart. Tad disappears into thin air, and Kristal finds herself in a world so bizarre she's sure she must be dreaming. But slowly she learns the truth. She's been teleported—to a star.

Greeted by a group of brilliant scientists, she is ushered into a great chamber where they tell their story. Once a community in northern Finland working diligently on healing the Earth, they were raided by AI thugs from the planet Cancri e. The AIs methodically slaughtered over 250 humans, forcing a small group of survivors to flee Earth. Now humanity's only hope is a mysterious prophecy claiming a Crystal Child will produce the perfect solution for the Cancris' successful advancement to a human-hybrid species. If she fails, the Cancris will kill all those on the star and annihilate all beings on Earth. Then they plan to settle in—forever.

Kristal is stunned. She's the Crystal Child? Even the scientists have tried and failed to conquer the Cancris. And she's just an ordinary, clueless kid in middle school, with ADD no less. The harder she tries to think, the more her brain shuts down. She's the opposite of what humankind needs right now. What a cruel, cosmic joke. But no one's laughing. And now, all eyes are on her.

Published by Fulton Books, Carol Kauffman's tale centers around Kristal as she summons her fortitude and steps up to the plate to become humanity's last chance for survival. As Kristal's destiny unfolds, readers will discover incredible new worlds and characters that bring Kauffman's story to life and deliver a magical and unforgettable journey.

Readers who wish to experience this mesmerizing work can purchase "Crystal Child: The Diamond Star Saga" at bookstores everywhere, or online at the Apple iTunes Store, Amazon, Google Play, or Barnes & Noble.

Original Source: Carol Kauffman's New Book 'Crystal Child: The Diamond Star Saga' is a Gripping Fantasy Following a Young Girl Who Must Accept Her New Destiny to Save Humanity

Facebook
Twitter
Pinterest
WhatsApp
Previous article
Michael Meyer’s New Book ‘The Odyssey of Winnie: Our Two-Year Adventure Owning an RV’ is a Humorous Yet Informative Account of the Trials and Tribulations of RV Travel
Next article
Dale Mastarone’s New Book ‘Spook Smith’ is the Story of a CIA Agent Gone Rogue Who Seeks Out Revenge on Those Who Interrupted His Illegal Business Dealings
Art and Entertainment