Author Wayne Riddle’s New Book, ‘The Briefcase Mystery’, is a Thrilling, Suspense-Filled Novel About a Young Man Who is Determined to Uncover a Hidden Truth

October 18, 2022
Recent release "The Briefcase Mystery" from Covenant Books author Wayne Riddle is a suspenseful novel that introduces Eric, a 16-year-old closing in on his 17th birthday. When he witnesses a mysterious briefcase exchange, he won't rest until he discovers the truth. 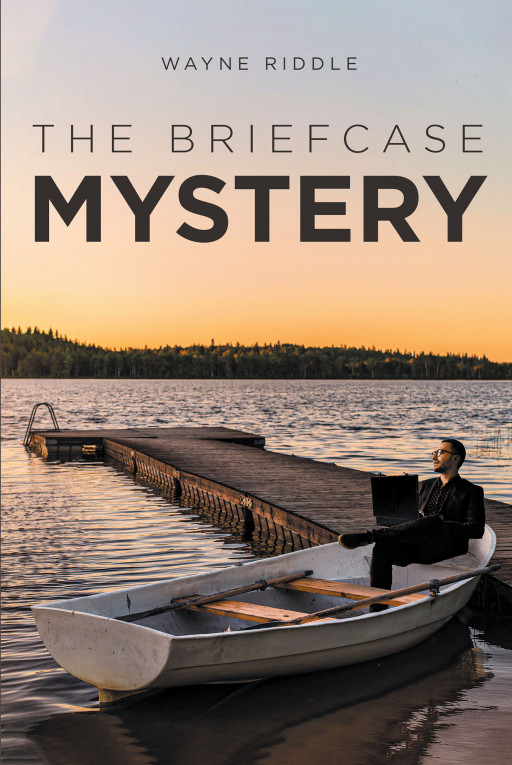 Wayne Riddle, who was born and raised in a medium-sized manufacturing city in the Midwest has completed his new book, "The Briefcase Mystery":  an engrossing mystery novel that follows a young man's journey to get to the bottom of a mystery.

Author Wayne Riddle is married and has six children and nine grandchildren. He worked as a supervisor in a major medical center as his first full-time employment. We went on to work for an automotive manufacturing facility and then for an earth-moving equipment manufacturer as a repairman in an assembly facility. He has since retired and relocated to Texas. He is a huge fan of a West Coast team, read and enjoyed young high school mysteries in high school, which still continues, and also enjoys science fiction and has taken a deep interest in the mysteries beyond.

Eric and his mother live in a mobile home twenty minutes outside of a medium-sized city beside a lake. They have been down on their luck for over a year since Eric's father passed away. Eric has a part-time job as a fork truck driver at a warehouse to help with the expenses. He is one year from graduating high school. One night after work, he sees a mysterious incident where a man sets a briefcase on a small boat dock, and a few minutes later, another man comes down from the trees to pick it up. He cannot rest until he finds out what the answer to the briefcase incident is.

Author Wayne Riddle writes, "We both began to run in earnest, crashing through the underbrush with no attempt to be quiet. And the barking was getting closer and louder. He was gaining ground swiftly, and then we hit a small clearing and saw our car up ahead. We cut across the brush until we got to the car. The dog started barking at its quarry now as it had us in its sights. Still twenty feet from the car, he had us. John and I separated and baited the dog back and forth as we got backed to the car. He was getting closer but coming in the direction of one of us, then the other. John was closer to the driver's door than I."

Published by Covenant Books of Murrells Inlet, South Carolina, Wayne Riddle's new book captivates readers, leaving them on the edge of their seats as they read on to find out what is inside the mysterious briefcase.

Readers can purchase "The Briefcase Mystery" at bookstores everywhere, or online at the Apple iTunes store, Amazon or Barnes & Noble.

Covenant books is an international Christian owned and operated publishing house based in Murrells Inlet, South Carolina. Covenant Books specializes in all genres of work which appeal to the Christian market. For additional information or media inquiries, contact Covenant Books at 843-507-8373.

Original Source: Author Wayne Riddle's New Book, 'The Briefcase Mystery', is a Thrilling, Suspense-Filled Novel About a Young Man Who is Determined to Uncover a Hidden Truth

Facebook
Twitter
Pinterest
WhatsApp
Previous article
Author Tom Saunders’s New Book ‘Choices: Decisions That Last a Lifetime’ is an Exploration of Some of Life’s Most Difficult Questions and What Advice the Bible Offers
Next article
Author Vernon C. Stewart’s new book ‘Delay of Game: Lessons of Life—The Book Version’ is based on the album written by Trip-C Tha’ Block Bishop, ‘Delay of Game.’
Art and Entertainment