Author Charles LeRoy Janes’ new book ‘The Messiah Prophecy Murders: Book I: The Unmerciful’ presents a compelling mystery where the answers lay deep in the past

September 29, 2022
Recent release "The Messiah Prophecy Murders: Book I: The Unmerciful" from Newman Springs Publishing author Charles LeRoy Janes is a captivating thrill ride that catapults readers into a shocking murder investigation. Fighting to free a wrongfully imprisoned man for a gruesome crime, defense counsel Anthony Caro must dig into the past to discover who has a motive for framing his client. 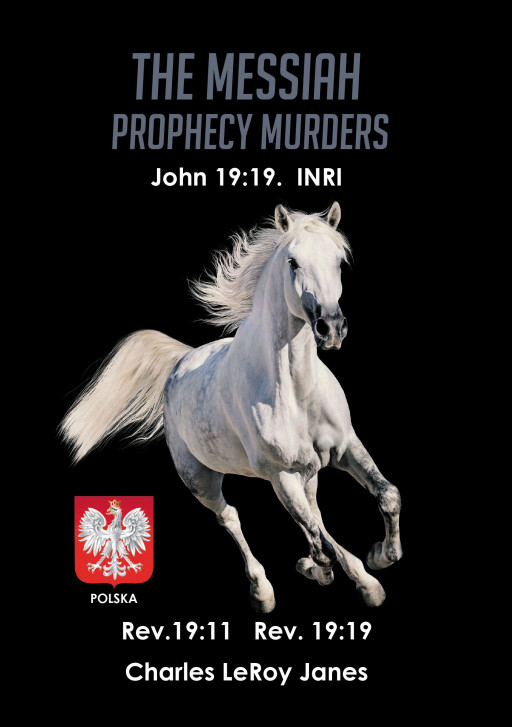 Charles LeRoy Janes, a veteran of the United States Marine Corps who worked as a trial lawyer for over two decades, has completed his new book "The Messiah Prophecy Murders: Book I: The Unmerciful": a breathtaking murder trial that finds Piotr Zaborski, a misunderstood Polish immigrant, framed and wrongfully imprisoned as the result of a mysterious incident in his father's past many years ago in Poland.

"In the aftermath of the 9/11 attack on the World Trade Center, the posh resort community of Newport was convulsed by the slayings of the stunningly beautiful daughters of three of its ultra-wealthy Summer Colony families," writes Janes. "The features of the murders and the evidence found at each of the crime scenes, most notably a handwritten prophecy of Christ's Second Coming, strongly suggest that the killer is driven by depraved religious compulsions and obsessions. Suspicion falls heavily on Zaborski who, years earlier while a novice at a nearby Benedictine monastery, was expelled from the monastery for mysterious reasons. Since his expulsion, he has become a fixture on the streets of Newport, known for his often homeless, destitute, and eccentric existence; for his ostentatious and frequent public displays of intense religiosity and aggressive Pro Life advocacy; and for his irrepressible habit of endlessly and seemingly aimlessly roaming the streets of Newport at all hours of the day and night dressed in filthy dumpster clothing embellished by an ever-present, outsized monk's rosary and crucifix draped conspicuously around his neck.

"In the heated, nearly hysterical atmosphere of Newport in the weeks after the murders, the unsubstantiated accusations and inchoate suspicions directed at Zaborski harden into the conviction that he is the killer when law enforcement leaks to the media the text of the crime scene prophecies and the reports of forensic experts concluding that the prophecies were written in Zaborski's hand. With public opinion howling for Zaborski's neck and with the summer tourist season fast approaching, the city fathers mount a campaign of their own to pressure law enforcement into arresting Zaborski in the hope that with his arrest, Newport will be able to return to its customary celebratory and pleasure-seeking ways with crowded sun-dappled beaches, packed hotels, and boisterous bars and restaurants. The hope proves illusory, however, as the murder and mayhem continue even after Zaborski's arrest and incarceration pending trial."

Published by Newman Springs Publishing, Charles LeRoy Janes's spellbinding narrative will leave readers on the edge of their seats as revelations from the Zaborski family history are revealed, leading to the discovery of why Zaborski was framed in the first place. But as the horrific crimes continue, will defense attorney Anthony Caro manage to find the true culprit or will Zaborski be wrongfully convicted?

Readers who wish to experience this gripping work can purchase "The Messiah Prophecy Murders: Book I: The Unmerciful" at bookstores everywhere, or online at the Apple iBooks Store, Amazon, or Barnes & Noble.

Original Source: Author Charles LeRoy Janes' new book 'The Messiah Prophecy Murders: Book I: The Unmerciful' presents a compelling mystery where the answers lay deep in the past

Facebook
Twitter
Pinterest
WhatsApp
Previous article
Study Reveals: 8.3% of All Websites Are Scams, How Big Internet Companies Are Supporting Scammers
Next article
From Charles Janes, ‘The Messiah Prophecy Murders – Book 2: A Severe Mercy’ Closes Out the Mystery Set Up in Book 1 and Gives Readers the Closure to This Series
Art and Entertainment