Are You Talkin’ to Me? Punk Band Reimagines DeNiro’s ‘Taxi Driver’ in New Music Video 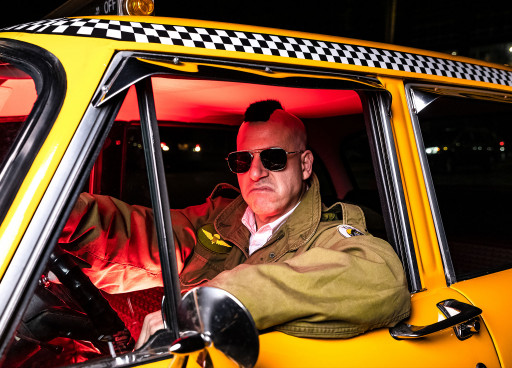 Renowned artist & musician Alan Robert, best known for being the primary songwriter and bassist for Life of Agony and the creator of the hit IDW Publishing book series The Beauty of Horror, is also a man who would not take it anymore. Robert embraces his inner Travis Bickle in the new music video for "Damaged Goods" from his punk rock side project Spoiler NYC, distributed by Wasted Talent Entertainment. The band, along with director Derek Soto, hit the mean streets of New York City to re-create shots from Scorsese's cult-classic Taxi Driver, with Robert in the iconic mohawk and unmistakable checkered cab.

"There's no sicker feeling in the world than driving down the streets of New York in an old cab dressed like Travis Bickle," laughs Robert. "Random strangers were running over to snap selfies with me, thinking we were filming a sequel or something!"

"It was truly a sight to behold Alan's transformation into Travis and his uncanny resemblance to Robert DeNiro in the movie," explained director Derek Soto. "It was an honor to be chosen to help bring Spoiler NYC's vision and concept to life on camera, paying homage to a film that is one of my all-time favorites. I say with proud confidence that working on this music video has pushed my potential for future projects to come."

Grammy Award-winner Ken Lewis, of Wu-Tang Clan, Beastie Boys, and Eminem fame, produced and mixed "Damaged Goods", which appears on Spoiler NYC's latest release titled "Banned in 38 States". The album is a remastered 15th-anniversary edition of the group's 2007 debut "Grease Fire in Hell's Kitchen", along with two new tracks. All songs have been completely remastered by Life of Agony's Joey Zampella at The Nest Studio in Long Island, NY.

SPOILER NYC's "Banned in 38 States" is out now on Digital.

For The Win Media 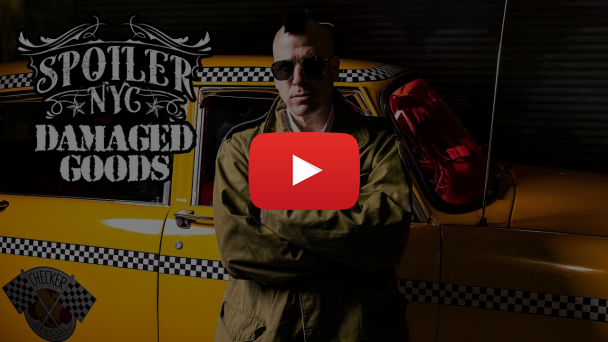